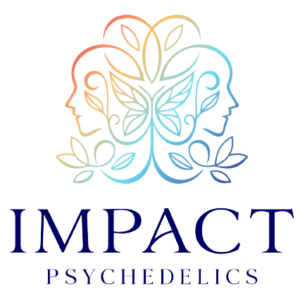 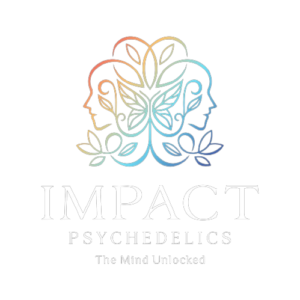 The Science of Ketamine

Ketamine has recently been described as the most important breakthrough in the last fifty years for the treatment of depression and anxiety. It has been used safely and effectively in hospitals worldwide since the 1960’s as an FDA approved anesthetic drug. For more than two decades, researchers at the top scientific institutions and universities have been researching the efficacy of ketamine in the treatment of depression with overwhelmingly positive results; Yale, Stanford, Harvard, UCLA, USC, NYU, and Mt. Sinai Hospital are a few of those leaders.  They found that around 70% of patients showed a decrease in depressive symptoms after ketamine therapy – all of whom had depression that failed to respond to more traditional methods. Get your ketamine prescription online today to discover how ketamine for depression can work for you.

Originally used as an anesthetic, ketamine is a medicine that increases neuroplasticity which can help heal the mind. Research and countless studies over the past 50 years have shown that ketamine, along with psychotherapy, is a safe and effective treatment for those seeking help with mental health conditions. Ketamine may be particularly effective at treating anxiety, PTSD, stress, and depression. Using ketamine for chronic pain may also provide benefits. Many patients report “spiritual healing” along with profound psychological and emotional insights.

As many people who seek help with their mental health discover traditional antidepressant and anxiety treatments have a low success rate and come with multiple side effects. Ketamine is different. First synthesized in the 1960s, the FDA quickly approved ketamine for use as an anesthetic because of its unique ability to anesthetize without decreasing respiration.

Soon, the U.S. military began using ketamine in the field to help wounded soldiers. This is where ketamine’s powerful mental health healing properties were discovered. Soldiers given the medicine were shown to have lower rates of post-traumatic stress disorder, hypothesizing the effectiveness of ketamine for acute stress, and soldiers were better able to manage pain from injuries. For this reason, the World Health Organization has celebrated ketamine as an essential medicine since 1985, and The American Psychiatric Association and the National Institute of Mental Health recognize it as the fastest-acting antidepressant medication available.

To truly understand the profound breakthrough of using ketamine for depression, chronic pain treatment, and mental health, one must dive deeper into the science.

The Mechanics behind the Treatment

Mechanics Behind The Treatment

At a neurobiological level, our brain is not functioning optimally when we’re depressed or anxious. Stress disrupts normal brain patterns and disrupts synaptic connections (the physical connections between neurons). Ketamine works directly to restore these synapses by targeting the NMDA receptor and releasing a surge of glutamate. This release in turn activates pathways that release growth factors like BDNF that help grow new synapses and create healthier stronger connections between neurons. Ketamine also has properties at other receptors including the mu-opioid receptor that in part can lead to pain-relieving properties.

It’s then unsurprising that ketamine can produce powerful antidepressant effects when traditional antidepressants have failed because it works on a completely different mechanism. Traditional antidepressants work on the serotonin, dopamine, and norepinephrine systems. Ketamine works by blocking the NMDA receptor and multiple other targets that lead to neuroplasticity and an altered state of consciousness that opens doors to new insights, meaning, and the processing of trauma. Trauma can leave the body in a dysregulated state. Altered states of consciousness can accelerate the healing process by helping regulate the nervous system.

Why Ketamine Is So Effective

Why Ketamine Is So Effective

Back in the 1960s, when ketamine was approved for anesthesia, researchers knew ketamine worked by triggering glutamate to release into synapses. By the 1990s, the medical community had already discovered a link between issues with glutamate receptors and depression, but no drug had been approved to help. Since ketamine had already been shown to work with PTSD in veterans, the researchers at Yale University began a study to treat severely depressed people with ketamine when all other treatments failed. The results were a breakthrough.
‍
As mentioned above, neurons have different binding sites to receive impulses. Ketamine targets two specific ones: the NMDA (N-methyl-D-aspartate) receptor and the AMPA (α-amino-3-hydroxy-5-methyl-4-isoxazolepropionic acid) receptor. Glutamate is important for both receptors because it activates their ion channels. When glutamate binds to NMDA receptors, calcium ions are allowed to flow in. When glutamate binds to AMPA receptors, sodium flows in while potassium flows out.
‍
When stress disrupts normal brain patterns, it creates an imbalance between NMDA and AMPA receptors getting activated and also destroys synapses, so messages don’t get sent or received properly. Ketamine works by targeting the NMDA receptor so it releases a surge of glutamate, thus restoring affected synapses. It blocks glutamate at the NMDA receptor in cells that have already sent impulses, but it doesn’t stop glutamate from binding to adjacent AMPA receptors. The result is an increase in AMPA activation.
‍
Here’s when the magic happens. Once glutamate transmission is increased, and the balance of glutamate activation shifts from NMDA to AMPA receptors, ketamine triggers the release of BDNF (brain-derived neurotrophic factor). BDNF is a protein that promotes the growth and maintenance of neurons, like a fertilizer for your brain. Essentially, it enhances neuroplasticity.

Ketamine also stimulates mTOR (mammalian target of rapamycin), which is involved in producing proteins for long-term memory. BDNF and mTOR getting stimulated at the same time (thanks to ketamine therapy) improves the connections in the prefrontal cortex and hippocampus while reversing synaptic damage caused by stress. Damaged neurons repair and regrow. In this state, negative thought patterns are interrupted as your neural network gets reset. New patterns of behavior are easily learned and many patients gain a greater insight into themselves, accelerating healing. Altered states of consciousness, which ketamine promotes, open pathways that help with the processing of trauma. It’s no wonder that anxiety and depressive symptoms then lessen as the nervous system returns to a more regulated state.

It took so many years to discover the effectiveness of ketamine for depression and anxiety because these miraculous benefits only happen with low doses. Because it was first used for anesthesia, only high doses were used in patients. When researchers at Yale began using it in much lower amounts, doctors could see the healing benefits of this breakthrough medicine.

Evolving research is revealing more about the mechanism of action for ketamine. One additional potential mechanism for ketamine is the NMDA receptors on a type of neuron called the parvalbumin interneuron. These neurons are small and relatively rare in the brain, but they’re key to synchronizing electrical activity in the brain. They work by inhibiting activity in the neurons around them. When a subunit of the NMDA receptors on these neurons is blocked by ketamine, the cells don’t get as much glutamate, and their inhibitory effect is reduced. The parvalbumin interneurons act like a brake on brain activity. Ease up on the brake and all the brain circuits become more active. The brain wakes up and becomes more responsive.

While ketamine binds strongly to NMDA and AMPA receptors, it’s also taken up, to a much smaller degree, by other neuroreceptors. Ketamine can trigger increased release of the neuromodulators dopamine and noradrenaline; it also binds weakly to nicotinic and opioid receptors. Exactly what role these receptors play in the antidepressant effect is still largely unknown and even contradictory. For example, some studies seem to show that ketamine binds to opiate receptors in a way that could create addiction; other studies show that the potential for addiction is very low.

Another possible mechanism for ketamine is its action on structures within the neuron. Some studies suggest that ketamine accumulates in lysosomes (organelles that contains digestive enzymes) and synaptic vesicles, which might then trigger mTOR signaling. Ketamine could also affect the endoplasmic reticulum (tubules within the cell that are involved with protein and lipid synthesis) and the Golgi bodies (organelles that sort, process, and transport proteins). The mechanisms are complex and still being unraveled.

The impacts of stress and depression on the brain aren’t just at the molecular and cellular level. Depression impacts connectivity at the brain macro level as well. By using functional magnetic resonance imaging (fMRI), researchers have been able to see how people with depression seem to have weaker connections within larger neural networks, such as the prefrontal cortex. This portion of the brain is the seat of higher-level cognitive processes, including executive function—the ability to control short-term behaviors in favor of self-control, planning, decision-making, problem-solving, and long-term goals. When the subregions of the prefrontal cortex aren’t communicating well, as is the case in depression, executive function can be dysfunctional. Ketamine seems to help improve global connectivity in this portion of the brain and improve the linkages among the subregions.